Home > Rugby Life > Kids and Rugby > Is Rugby The Best Sport for Building A Kid’s Character? 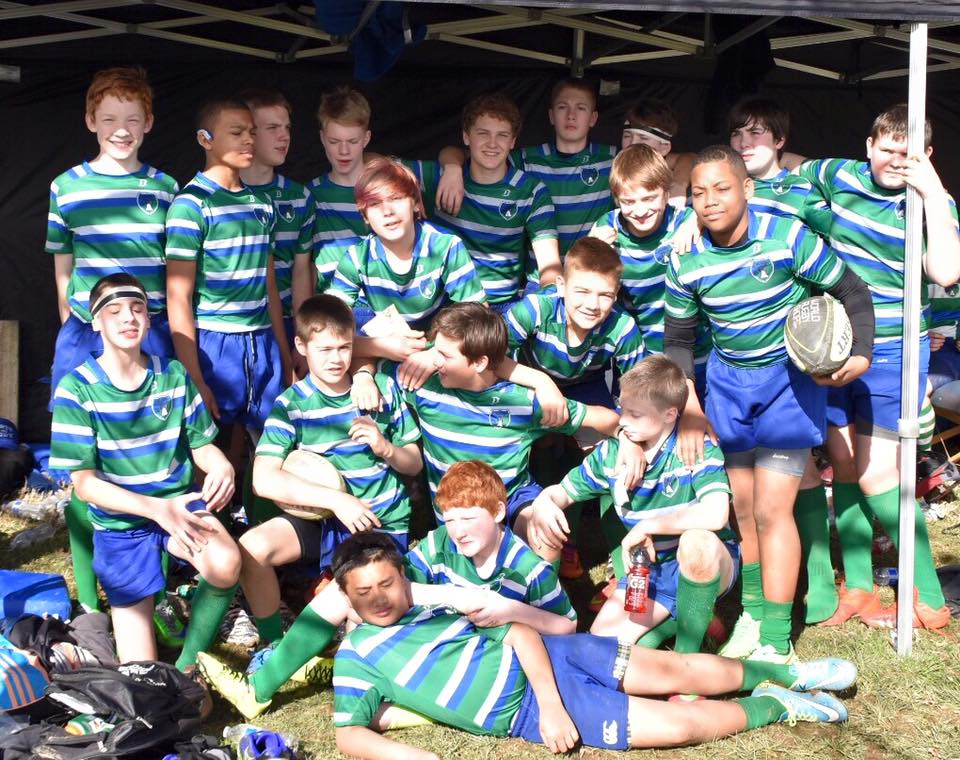 Rugby is about to be re-introduced to a whole new audience and Thomas Wagner couldn’t be more giddy about it. Give the United States Naval Academy graduate five minutes to evangelize and he will have you sold on what is now the fastest growing team sport in the U.S. and why America’s youth and their parents should be paying close attention to rugby.

As the genial Wagner tells it, after wrestling for Navy for four years he needed a sport so he could avoid marching in any parades. He signed up to play rugby, clueless that the sport would take him to places like Australia, Fiji, Scotland, and Prague and bring him three national championships. When he finished playing, he managed the Olympic team from 2008 to 2014 and still helps out part time at tournaments when they are playing stateside.

Think of the thing you are most passionate about and multiply it times 3. That’s how Wagner feels about rugby. So you can understand why the spirited real estate developer is sinking a sizable amount of his time into pioneering rugby’s growth in the U.S.. Wagner is in charge of operations and promotions for the recently formed American Pro Rugby Organization’s San Diego team, the Breakers. PRO, as the league is called, is the first USA-Rugby sanctioned professional rugby 15’s in the United States. Wagner got in at the ground level of a sport he believes is poised for rapid growth. With five professional teams in  PRO’s inaugural season, think of it like the AFL in the 1960’s.

If you haven’t heard a lot about rugby yet, you will and by the end of this summer when what’s old becomes new again. Rugby will return to the Olympics for the first time in 92 years with an abbreviated seven-a-side version of the game, instead of the more traditional 15. There is no question that rugby is a sport on the rise. USA Rugby Youth (kids in high school and below) has seen a 46% increase between 2010 and 2015 and the number of female youth players has doubled since 2013. But the game of rugby itself is in fact, not that new. The U.S. won the last Olympic gold medal awarded for rugby at the 1924 Olympics in Paris, France. Our beloved NFL football was actually hatched from rugby in the 19th century.

With rugby stepping out onto a big stage this summer, Wagner is excited for more people to know what he already does. Rugby is as versatile as the people who play it, which makes it the perfect sport for young athletes. Here are Wagner’s six reasons why the sport of rugby rocks.

THE RUGBY ETHOS: Rugby is a game deeply rooted in respect, discipline and sportsmanship. It is believed by many to have originated in the 1820s at The Rugby School in England and accelerated at the prestigious universities of Cambridge and Oxford as a gentleman’s sport for the elite. Unselfishness, teamwork and self-control largely define rugby. For example, in rugby the referee is ALWAYS right. That means even when they are wrong, they are right. Yelling at refs, or chirping, as it is called, is not allowed … AT ALL. And is cause for an immediate penalty. Referees are referred to as “sir.”

ALL SHAPES AND SIZES WELCOME: Unlike other sports where height or physiques automatically weed players out (think height in basketball, volleyball or gymnastics, speed and agility in soccer and track and field), in rugby there are positions for players of all sizes, shape and speed. Since rugby is typified by it’s versatility, its athletes possess a blend of strength, agility, endurance and toughness.

EQUAL OPPORTUNITY FOR MEN AND WOMEN: Women’s rugby is exactly the same as the men’s game. The rules, the pitch, the ball size … everything is the same. Unlike other Olympic sports like gymnastics, swimming and even golf, where either or both the set up and the specifics will vary depending on your gender, rugby has one set of rules for everyone.According to scholarshipstats.com, rugby is one of three emerging women’s sports in the NCAA .

Related:  Why Rugby is the Youth Sport Your Kids Should be Playing

A SPORT FOR PLAYERS OF ALL AGES: Last year rugby’s governing body, World Rugby, introduced more than one million children to the sport through its Get Into Rugby programs and another 5 million people are estimated to play in 117 different countries. It’s seen exceptional growth at the high school and college levels, but it can also be played long after the college years, as there are many amateur clubs around the world.

THE THIRD HALF: I’m not sure there is another sport that has such a strong sense of community and mutual admiration between teammates as rugby. The third half is the tradition that takes place after a rugby match is over. It is the home team’s duty to host a post-match meal. So the opponent that juked and scored on you will, after it’s all done, sit down and share a meal with you on your dime. Even at the youth level, the home teams often host pizza parties for the opponents.

RUGBY PLAYERS MAKE BETTER FOOTBALL PLAYERS: Since American football was formed from rugby; there are a lot of similarities. To score, a player has to get the ball over the opponents’ “try line,” similar to an end zone. Rugby is much faster … a grueling 80 minutes of continuous play means no breaks or huddles. Players don’t wear pads and some believe the absence of helmets in the game actually makes it safer than football. Players must be versatile and know all of the skills. Fundamentals are the focus in youth rugby where before the age of 13 players compete with a modified set of rules that reduce physical contact and emphasize developing skills.