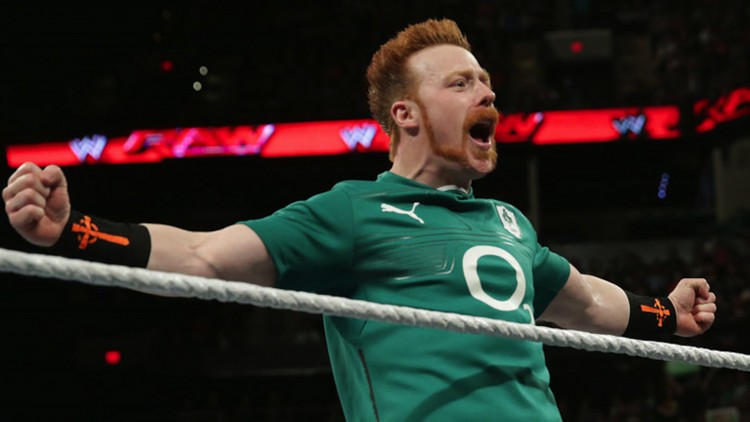 Sheamus is a four-time WWE champion, a former King of the Ring, a Royal Rumble AND a Money in the Bank winner. His credentials are impeccable and given his size and strength, it is reasonable to assume that Sheamus could have been a good blindside flanker if he pursued a career in rugby.

As it turns out, he actually was.

Sheamus wore the number six jersey during his time studying at the National College of Ireland and appeared to have been a player in the mould of chop-tackling Dan Lydiate. In fact, in an interview with The Post Game, the Dubliner credits his time playing rugby with developing the toughness required to survive in the WWE.

“When I got to college, I got an opportunity to play because we were short a couple players. They put me on number six on a blind-side flanker, and the basic instruction was if I don’t have the ball, tackle who has the ball as hard as I can, and when I have the ball, run as fast as I can towards the opposition’s area and try to score.” said the wrestler.

“The physicality prepared me for the WWE ring.”

“A lot of guys have played college football and were in the NFL, but for me, it made my transition a lot easier, and people say I’m one of the toughest guys in WWE. I have rugby to thank for that.”

Sheamus, whose real name is Stephen O’Farrelly, also talked about the dangers of rugby vs American football and called rugby a ‘physical sport’ rather than a violent one.