Caffeine is a popular work-enhancing supplement that has been widely researched in the sport and exercise environment. Caffeine is an adenosine antagonist, meaning it blocks the action of adenosine in the central nervous system (CNS). Adenosine has the impact of increasing pain perception and inducing sedation and relaxation which are generally counter-productive to exercise performance. Through its adenosine antagonist action, caffeine has been shown to support exercise performance via reduced perception of effort, fatigue or pain associated with exercise. Exercise research is highly supportive of caffeine’s ergogenic effect on endurance exercise and high-intensity intermittent activity (e.g. football, rugby) but support for maximal force and 1RM remains equivocal and individual dependent. The ubiquitous nature of caffeine makes it an easy and affordable ergogenic aid for a wide variety of athletes and exercisers. 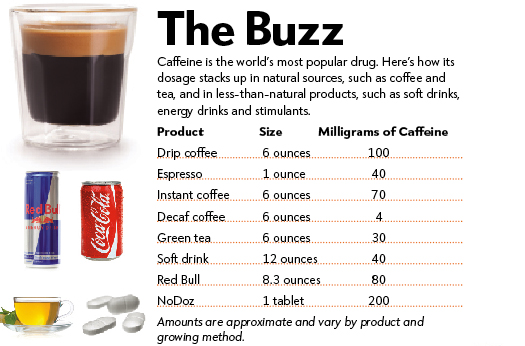 One of the key areas of interest to athletes is perhaps caffeine’s effect on cognitive function. Research indicates improvements in a range of cognitive tests including memory tests, psychomotor tasks (e.g. decision making and reaction tasks) and attention tasks following strenuous exercise. If cognitive function in these areas can be maintained under fatigue this is of clear relevance to the athlete where critical decision making is important for success late in an event or game. Further to cognitive function, skill execution under fatigue may also be maintained with use of caffeine.

Another benefit of caffeine is a reduction in perception of effort during exercise. This reduction may allow athletes to work at a greater intensity or prolong the duration of exercise, which may be especially important in endurance exercise.

Ergogenic effects have been demonstrated from a wide range of dosages (~3-9mg/kg body mass) and across different forms (e.g. anhydrous powder, coffee, energy drinks, gels, gum…). This provides the user considerable flexibility with their protocol. However, it should be noted that there is significant individual variability in caffeine metabolism and this should be acknowledged when trialling caffeine use to ensure the optimal protocol can be established. Over consumption of caffeine may not only negate the ergogenic effect but also cause gastrointestinal upset, nervousness, mental confusion and an inability to focus. 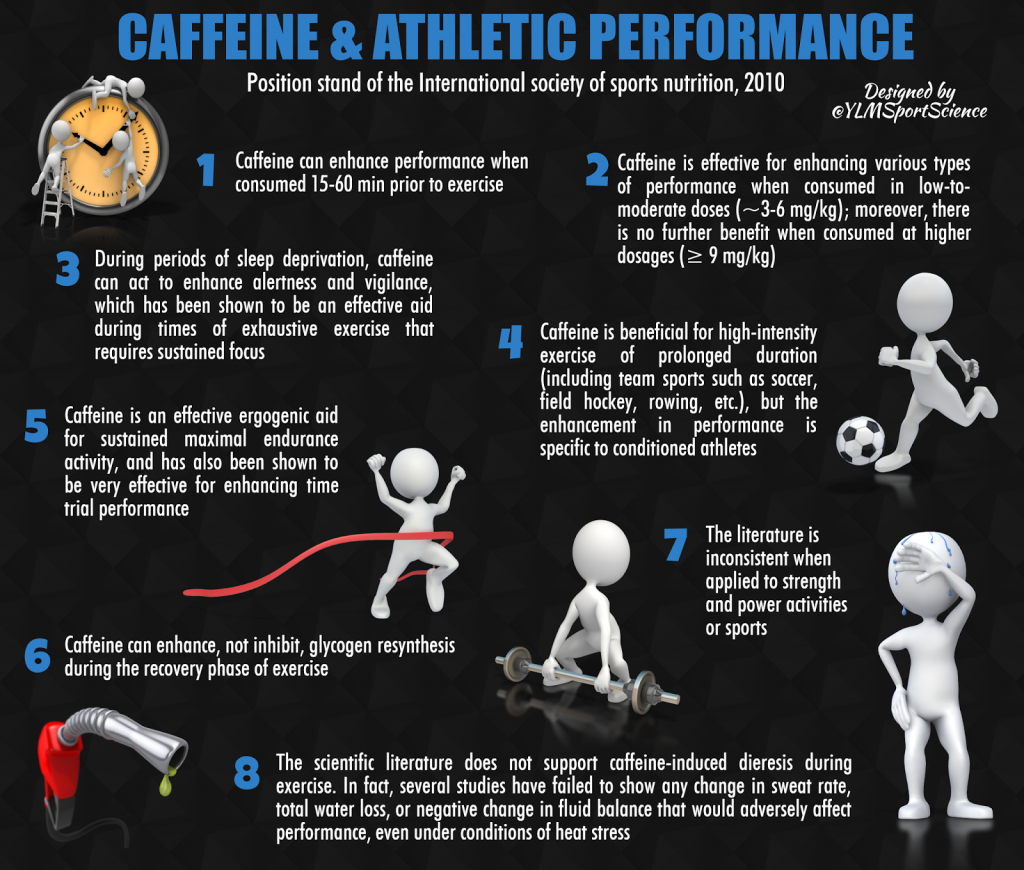 At Scottish Rugby, we regularly use caffeine to support and enhance both training and match performances. Caffeine in different formats is made available prior to key training sessions (typically afternoon rugby sessions) and before matches. The nutrition team works with the players to identify their optimal caffeine strategy. Intakes <3mg/kg are generally recommended but this is individualised as best as possible with consideration of the players habitual caffeine intake (e.g. through coffee and tea) and performance feedback. Caffeine tablets/capsules are often the preferred format as they allow for fast absorption without unwanted tastes or the requirement of gastric load that accompanies energy drinks and caffeine gels.

For more information on caffeine and exercise performance see:

Nothing beats a healthy, balanced diet to provide all the nutrients we need. But when this isn’t possible supplements can help. This article isn’t intended to replace medical advice. Please consult your healthcare professional before trying supplement or herbal medicines.