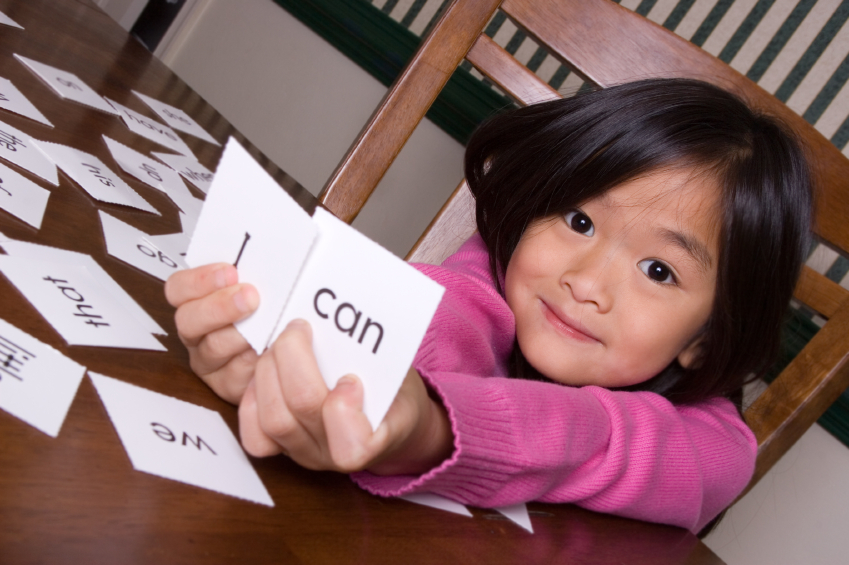 We spend countless hours as parents trying to make sure our kids are behaving, eating their dinner, and doing their homework. But how often do we take the time to focus on building their self-confidence? Here are 10 simple ways to do just that.

“Let me help you,” I said to my son, as I bent over to tie his shoes for him…or the first time he tried pouring his own drink…or when my crawling, infant daughter struggled to reach a toy, even though it was within her reach.

I used to help my kids all the time before they even asked for any sort of assistance. And I’m not alone. I know many parents whose instinct is to “help” their children. But at what point is an outstretched hand holding them back rather than letting them move forward on their own?

When I analyzed my approach with my children, I worried that I was failing to lay the groundwork for them to be independent and capable adults. And I realized what I really needed to help them with was building their confidence. So I came up with these strategies to instill confidence in my young children that will hopefully yield confident, secure adults:

1. Never laugh at their ideas, no matter how outlandish they are.

Like adults, kids want to be taken seriously. When they get the sense they’re being mocked (or laughed at, to their face), their instinct is to get angry, shut down, and not share more ideas for fear of more of the same treatment. After all, kids naturally see the world through a different lens than we do. You might be surprised what you hear once you show your child that you’re listening and that you take their ideas seriously.

2. Put them in unfamiliar social situations.

My 6-year-old expressed a legitimate interest in football, so I invited him to come with me to a friend’s Super Bowl party. No other children were coming, and I made him aware of that. He hesitated for a moment, but then agreed to join me. At the party, it was clear he wasn’t completely comfortable and was unsure how to act, especially since he only knew me and the host. But after a while, he was talking about “Star Wars” and lounging on the couch like one of the guys. The only way to establish a level of comfort is to first experience discomfort.

3. Have them learn to play a musical instrument.

While I don’t believe in forcing your own personal interests or hobbies on your children, playing an instrument yields too many positive results for it to be ignored. Once they’ve reached an age where they’re dextrally and mentally capable, learning to play an instrument not only relieves stress (yes, kids have stress, too) but it can also boost self-esteem in a major way.

4. Include them in the kitchen.

Yes, most kids are far more interested in the eating rather than the preparing of foods, but you’ll be surprised by how much one experience can turn things around. One morning we asked our son to be the “assistant chef” when we were preparing blueberry pancakes. Many mornings later, he now often insists on being involved in the kitchen, and he’s always incredibly proud of the end product.

I’m not talking about giving them a gold star every time they eat a carrot. I’m not an “every kid gets a trophy” believer. But in my experience, children react favorably to receiving praise for going above and beyond—naturally, anyone does. However, it’s even more important to show children that extra effort will yield benefits in order to instill the idea within them that they’re capable of greatness and that hard work pays dividends.

6. Have them teach you something.

Very little empowers a child more than having them believe they know something you don’t. A beginner’s card trick, a scale on the piano, or anything that positions them as the subject matter expert will work. Encourage them to share their knowledge (without bragging) with you and others. Odds are they’ll be brimming with confidence with their head held high.

Related:  Why Your Kids Should Play Rugby

I’ve found that most people don’t think they’re creative because they were never encouraged to be. I once overheard my wife reading to my son, and she stopped turning the pages and simply asked him, “What do you think should happen next?” His eyes lit up. Simple questions like this are what awaken a part of the brain that might otherwise sit dormant.

8. Show confidence in your own actions.

This one seems intuitive, but often gets overlooked. Whether we know it or not, we’re our child’s most pronounced role model. So, how can we expect our kids to have confidence when we’re the ones they look up to and we don’t even have it?

9. Make them talk about their problems.

If you have a 7-year-old who recently started throwing a fit every time you make eye contact with her, odds are it’s for a reason. The easy, instinctive thing to do is to punish her and be done with it. The more forward-thinking approach also includes sitting down afterward to talkand figuring out the exact reason for the anger (or what I like to call “The Danny Tanner Method,” you know, from “Full House”?). It lets them know you’ll actually listen to them, which provides a certain stability within a household that children need in order to feel secure.

While success is pretty easy to deal with, learning to cope with failure is no easy task, especially when you’re not used to it. And in order to get used to it, you simply have to experience it, time and time again. It doesn’t come naturally to me, but I let my kids fail sometimes—while trying to build Legos or attempting to ride a bike without training wheels. It may anger them at first, but as Ann Landers said, “It’s not what you do for your children, but what you have taught them to do for themselves that will make them successful human beings.”