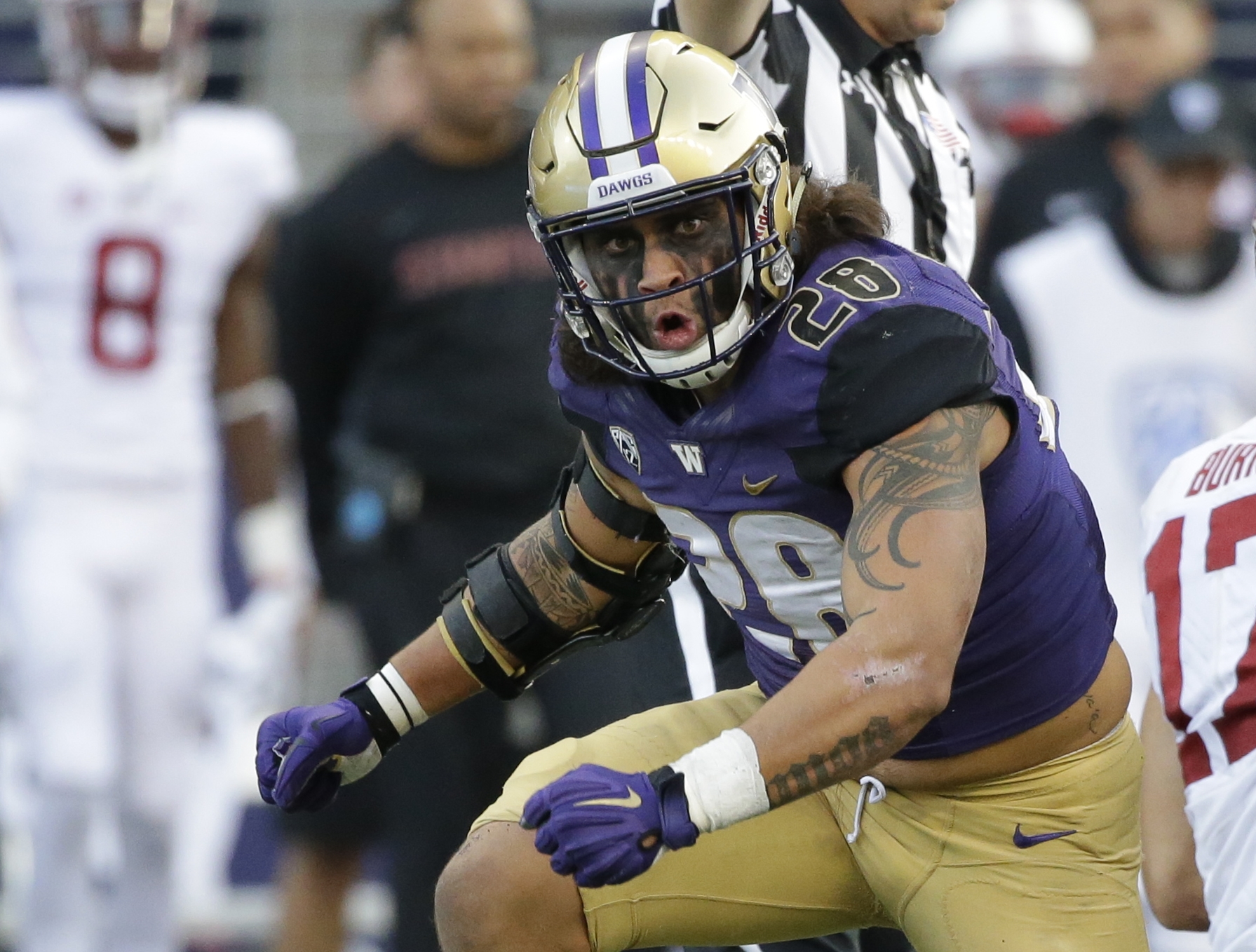 Washington linebacker Psalm Wooching led the Huskies with six sacks during the 2016 season, and now he’s decided to tackle something besides quarterbacks.

Wooching announced on his Twitter account Thursday that he’s giving up the sport of football to pursue his true love: rugby. 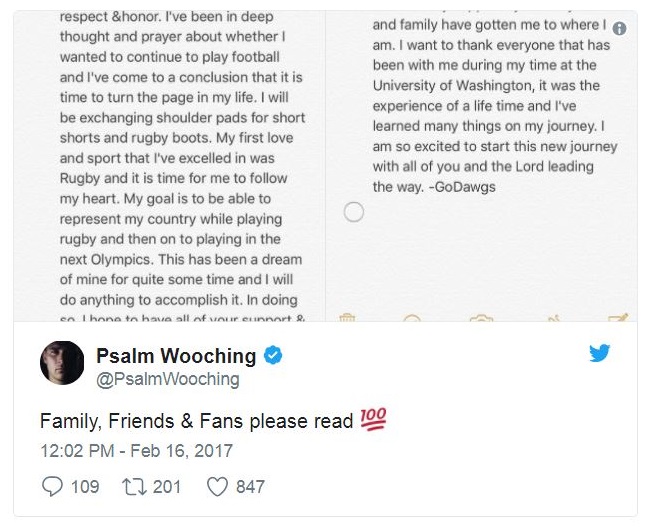 Wooching played rugby growing up and while in high school in Hawaii, and according to The Seattle Times, he originally considered football to be “a girly sport.” He began playing football in high school and learned to love the game and was eventually offered a scholarship to play at Washington.

Wooching didn’t play much at all during his first two seasons with the Huskies, and after starting to see the field during his junior season in 2015, he really blew up last year. Aside from leading the team in sacks, Wooching also had 42 tackles, seven for a loss, forced two fumbles and was an honorable mention on the All-Pac-12 team.

While he’s not considered a top prospect in this spring’s NFL Draft — he didn’t receive an invite to the combine — some believe he could wind up as a late-round selection or sign on somewhere as an undrafted free agent. Or at least that could have been the case had he not heard the siren call of his first love.