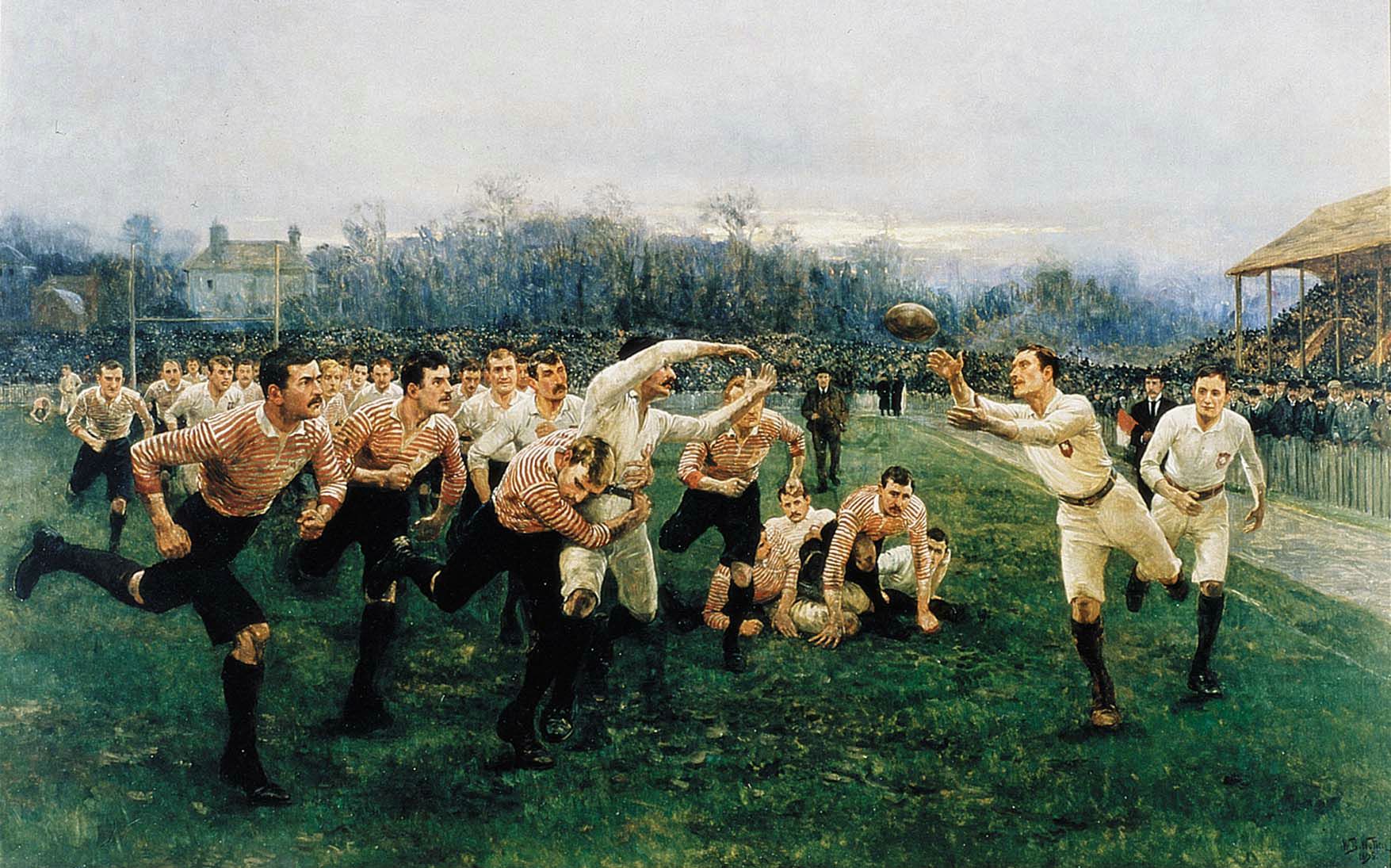 The origins of the game, now known across the world simply as rugby, can be traced back over 2000 years. The Romans played a ball game called harpastum, a word derived from the Greek word “seize”, the implication of the name being that somebody actually carried or handled the ball.

More recently, in medieval England,documents record young men leaving work early to compete for their village or town in games of football. Laws were passed, in Tudor times, forbidding the “devilish pastime” of football, as too many injuries and fatalities seriously depleted the available workforce. The participants of this devilish pastime are recorded thus… “The players are young men from 18-30 or upwards; married as well as single and many veterans who retain a relish for the sport are occasionally seen in the very heat of the conflict…” A description that some might say is as applicable today as it was all of those years ago.

Shrove Tuesday became the traditional timing for such conflicts. Rules differed from one part of the country to the next, from Derbyshire to Dorset to Scotland, records reveal many regional variations to the game. The games often took place over an ill defined pitch – the ball being kicked, carried and driven through town and village streets over fields, hedges and streams. 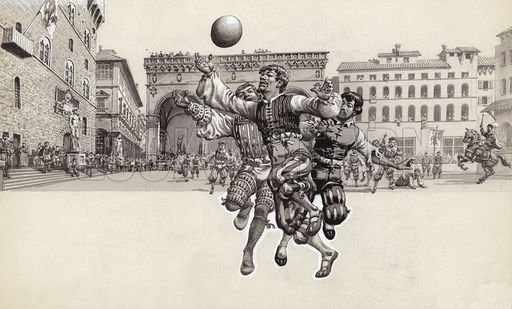 The roots to the modern game of rugby can be traced to a school for young gentlemen in the Midlands of England, which in 1749 finally outgrew its cramped surroundings within the town centre and moved to a new site on the edge of the town of Rugby in Warwickshire. The new Rugby School site had “…every accommodation that could be required for the exercise of young gentlemen.” This eight-acre plot became known as the Close.

The game of football, which was played on the Close between 1749 and 1823, had very few rules: touchlines were introduced and the ball could be caught and handled, but running with ball in hand was not permitted. Progress forward towards the opposition’s goal was generally made by kicking. Games could last for five days and often included more than 200 boys. For fun, 40 seniors may take on two hundred younger pupils, the seniors having prepared for the event by first sending their boots to the town cobbler to have extra thick soles put on them, bevelled at the front to better slice into the shins of the enemy!

It was during a match on the Close in the autumn of 1823 that the face of the game changed to the one which is recognisable to day. A local historian described this historic event as follows: “with a fine disregard for the rules of the game as played in his time, William Webb Ellis first took the ball in his arms and ran with it, thus originating the distinctive feature of the Rugby game.”

Ellis had apparently caught the ball and, according to the rules of the day, should have moved backwards giving himself enough room to either punt the ball up field or to place it for a kick at goal. He would have been protected from the opposing team as they could only advance to the spot where the ball had been caught. In disregarding this rule Ellis had caught the ball and instead of retiring, had run forward, ball in hand towards the opposite goal. A dangerous move and one that would not find its way into the fast developing rule book until 1841.

The rules and the fame of the game spread quickly as the Rugby School boys moved onwards and upwards, first to the universities of Oxford and Cambridge. The first university match was played in 1872. From the universities, the graduating teachers introduced the game to other English, Welsh and Scottish schools, and overseas postings for the Old Rugbeians who had moved through to the army officer class, promoted its growth on the international stage. Scotland played England in the first International game at Raeburn Place, Edinburgh in 1871.

The photograph below shows the young gentlemen of 1864 that formed the backbone of the Rugby Schools First XX. The skull and crossbones badge on the front of their kit, perhaps attests to the gentle nature of the game, the shape of the ball was determined by the pig’s bladder used for the inside. 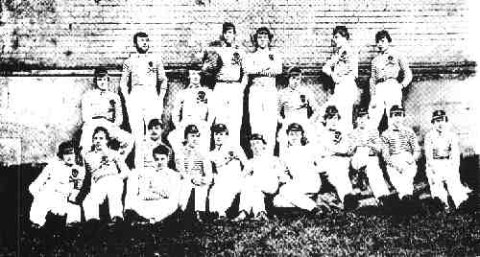 More recently in the modern game, England became the first northern hemisphere team to win the Rugby World Cup in 2003. Below a recent photograph of the victorious England captain, Martin Johnson, signing autographs on the Close at the birthplace of rugby football, Rugby School in Warwickshire.